The three day study tour visit to Chandigarh has been made by students of M Sc. Forestry IInd semester of FRI (Deemed) University, from 14th to 16th April, 2017. The tour was fixed upon the request of students and many attempt of scheduling by University. The main objective of the tour is to impart practical knowledge to students of M.Sc. Forestry from field exposure.
For the tour, University had provided a 42 seated bus. Expenditure for fuel for vehicle and accommodation for students were managed by FRI University. Cost for the food was expensed individually.
Tour was fully guided by a faculty (Anugrah Tripathi) and supported by a driver and a helper. A Duty Officer was selected who was responsible for communication and coordination of the tour.
The main objectives of the study tour are given in Annex 1.

First Day
On 14th April, 2017 morning, the M Sc. Forestry students of 2nd semester, leaded by Anugarh sir, headed towards Chandigarh, which is a union territory, capital of both the states of Haryana and Punjab. A place is located 161 km away from FRI University, which is of 4 hours 20 min drive.
Upon reaching Chandigarh, we moved to our scheduled station and we were received and placed in the hostel of Pinjore Forestry Complex, which is 23.3 km away from Chandigarh town.

Brief Information about Chandigarh City
Chandigarh (30°42' 25" N; 76° 48' 30" E; 333 m MSL) is the newly developed city after independence of India (Kohli, Singh, & Batish, 1998). It was designed by French architect Le Corbusier in 1955 and is the capital city for two states (Haryana and Punjab) of India with 114 km2 area. 78 km2 urban and remaining is rural area. The urban area has been divided in 47 sectors initially comprising each of approximately 246 acres (1200 m X 800 m) and it has now 67 sectors. In census in 2011, Chandigarh is one of the smart cities in India that dwells 1 million and 25 thousand population (Chandigarh Master Plan 2031). Sukhana Lake is one of prominent attractive place of Chandigarh City.

Green Coverage of City: Forests provide a range of benefits (both market and non-market) to the society. These non-market benefits (NMBs) or intangible benefits include open access recreation, public amenity and landscape benefits. Urban forests or urban greens are one of such resources, which are responsible for various environmental, social and educational benefits to the human society. Green belts, road avenues and different type of gardens cover around 33% of urban area. 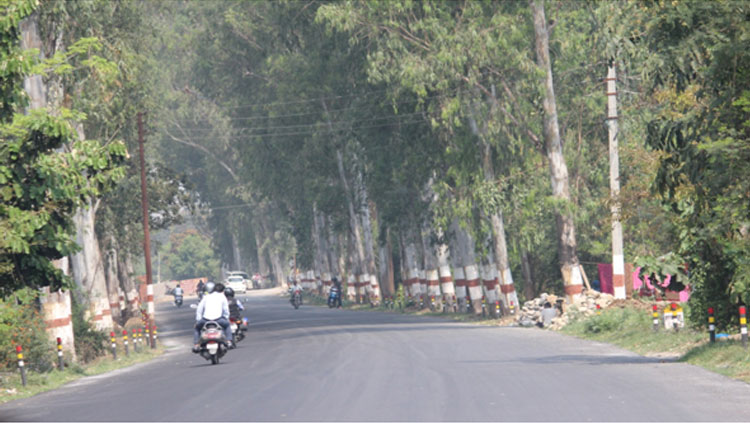 Figure 1: Plantation along road side in Urban part of Chandigarh

In the evening, students along with tour guide enjoyed visiting in and around Pinjore garden, also called Yadavindra garden. 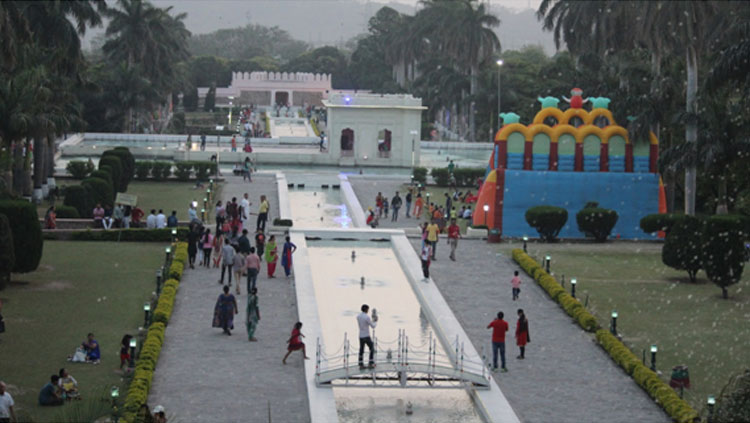 Figure 2 : View of Pingore Garden
Pinjore Gardens, also called Yadavindra Gardens, represent one of the most travelled excursions from Chandigarh. Located at Pinjore, in the state of Haryana, they fall at a distance of about 22 km from the 'City Beautiful', on the Chandigarh-Kalka Road. Spread over an area of 100 acres.
Pinjore Garden is built in the typical Mughal style. It has a sloping ground and is adorned with fountains and grand pavilions.
Seven terraces at Pinjore garden creats a magical sight. The garden is full of varied species of beautiful, aromatic flowering plants, big trees, mango orchards, litchi orchards and several shrubs. The garden presents cool, shady walks and flagged pathways, which run to the reaches of the creeper-covered walls.
The stiff outer wall of the garden is suggestive of the fort walls, which has now all around dieter pavilions housing the zoo. A watercourse traipsing from level to level sparkles in the sunlight, its pools reflecting white shining pavilions and balconies etched high against a blue sky. The stylishly arched balconies and shining fountains, luxuriant green lawns and murmuring watercourse, limpid pools, shady walks and colorful flowerbeds, unusual descending terraces and monumental gateways - all are carefully planned to give the magic effect.
Besides the greenery and nature, one can find other attractions within Yadavindra Gardens, like a mini zoo, historic places, Japanese garden, nursery, and a number of picnic spots. The gardens are brightly illuminated at night. There is a Jalmahal within the garden, which is presently used as a restaurant. The garden is open from 7am to 10pm. The entry ticket for the garden is Rs.20 per head. Special programs are organized in the garden during the festivals, like Baisakhi and Mango Festival, which attract visitors from every corner of the country.

Second day (15th April, 2017)
As per our filed plan, we visited Chandigarh town on the morning after breakfast. Chandigarh town is not only the first, but also the best planned city of india. Apart from being most popular city, this city also the best example of modernization subsisting the nature. A place where we can see greenery as much as the modernized structures. A serene water body, surrounded by the luch greenery, forms a devine lands scape of the Sukhna lake. 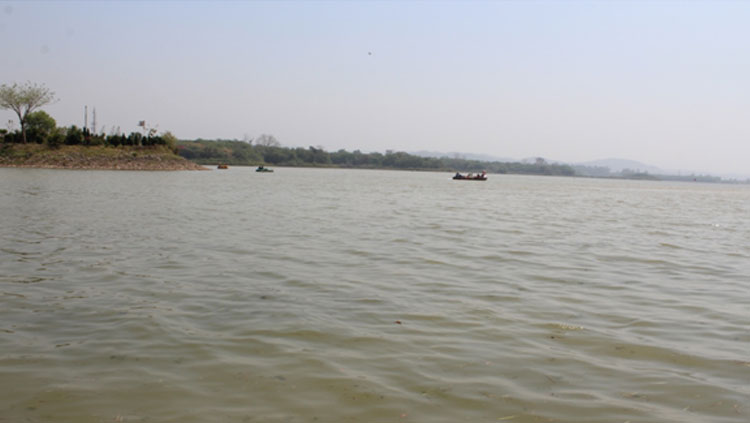 Figure 3: Sukhna Lake (Near Chandigarh City)
It is a most popular tourist attracted site of the Chandigarh town. Stretching across 3 km, this man-made lake was created in the year 1958 by damming the Sukhna Choe stream flowing from the Shivalik hills. The lake is enclosed by a golf course on the south and the famous Rose Garden on its western end. The Sukhna Lake is also the habitat of a number of fishes and migratory birds like cranes and Siberian ducks. It has also been declared as a reserved national wetland by the Government of India. The promenade on the shores of the lake is often crowded by a stream of joggers and walkers who come there to relish the fresh morning air. Water-sporting activities like boating, yachting and water-skiing are carried out with absolute zeal and enthusiasm here. The Sukhna lake has the longest channel for rowing and yachting in Asia.

Other than its beautiful scenery, the importance of lake being located near urban area is it serves as a atmosphere filtering agents. Those unhealthy gases and dust particles from nearby urban area gets dissolves in the lake. It also dissolved those CO2 gases evolved from town and act as carbon reservoir.
We really enjoyed roaming around Sukhna lakes, doing boating and bull riding. After that, we headed towards rock garden. 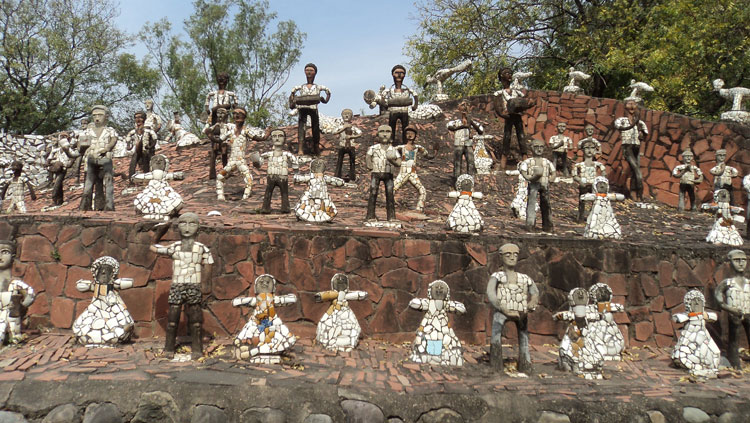 Rock Garden in Chandigarh is a sculpture garden created by Nek Chand. This garden is very unique and is visited by millions of people. Nek Chand Saini was born in  1924, in Barian Kalan  In 1947, Nek Chand and his family moved to Chandigarh. A young Nek Chand found a job as a Roads Inspector with the Public Works Department of the city but Nek Chand was no ordinary man, the spark of genius sizzled in his consciousness straining to break into a passionate flame.
After his work, Nek Chand began collecting waste material from demolition sites across the city and ferrying them to a hidden gorge away from the city. Night after night, Nek Chand gave full rein to his dreams and expertly using the waste material generously mixed with his creativity to fashion an enchanting fairyland. It was in the year 1975 that Nek Chand’s secret Utopia was discovered by the authorities. By this time the fairyland spanned an area of 13 acres and was a fantasyland filled with interlinked courtyards. The courtyards had come alive with hundreds of sculptures of dancers, musicians, ordinary men and women going about their chores, animals, and birds. All the figures were made from recycled waste which included broken ceramic crockery, broken bangles, mosaic tiles, and slag.
Today the Rock Garden is spread out over an area of 40 acres and is built entirely of domestic and industrial waste and items that people have discarded as useless. Electrical waste, bottles, tiles and all kind of waste blend into a mind boggling tapestry of creativity to create a stunning world that is at once beautiful and strangely haunting. Nek Chand breathed his last on the 12th of June, 2015.
After visiting that Rock garden, we learned that if we think wisely, even our waste can be use in very productive way. That really gave us a idea of how to managed solid waste. By then, the day was so hot with scorching sun. Because of that, we moved back to Pinjore where we had lunch and rested in room after that. 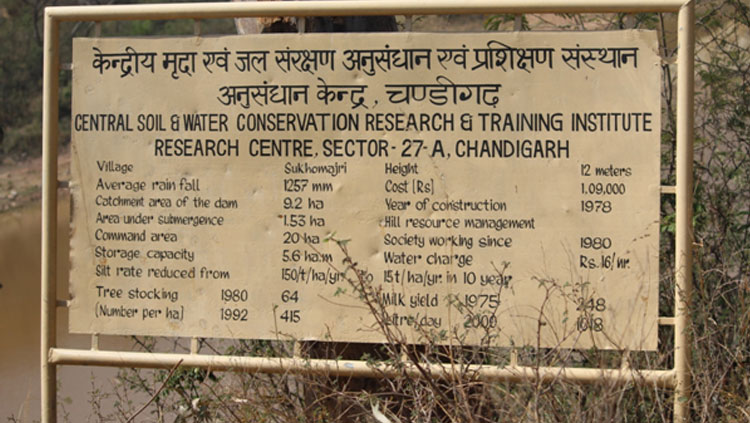 Since we have scheduled only three day tour, so on that last day, we packed our luggage and moved towards Sukhomajri village to see JFM activities in the village.
Sukhomajri village lies 12.4 km due north displacement form Panchkula. Sukhomajri village dwells 135 households and approximately more than 1200 population. Just after the village, Sukhana watershed begins. This is one village from where lesson for JFM was started. Mainly, People participation for soil conservation is very appreciable approach in this village. Till 1970s, Sukhana Lake nearby Chandigarh city was massively suffered from siltation and catchment area was under high pressure of grazing. There were many nude mounds due to grazing and over exploitation of forest resources. Water table was at 400 feet below.
Seeing the miserable situation, P.N. Mishra, contemporary scientist, consulted with people regarding their existing status and their requirements. Their main requirement was water for agriculture and for quenching cattle. At same time many people were scared for grabbing their private land by government.
People from Sukhomajri agreed to join hand with Mishra jee. They planted about 100 thousand seedlings, established the drainage line treatment (Brushwood Check dam, Gabion Check dam) and 3-4 number of rain water harvest ponds. People have considerably contributed to minimize the siltation in the Sukhana Lake and now days, water table is available at 185 feet from ground level. A conservation pond was created and is also quenching different types of birds. Now a days People of Sukhomajri Village are using water from ponds for irrigation and quenching cattle during the dry season.  They are getting dry firewood from forest without and cost though green collection are not allowed. They have two dairies where they can sell milk within their village.
After the visit of Sukhomajri village, we moved back to Chandigarh, from where we directly headed back to FRI. towards the evening around 7 pm, we reached to our hostel.
The visit towards Chandigarh was really good practical experience to see things other than what we learn in the class. Those beauty of Chandigarh city with well managed urban plantation, sukhna lake and its scenery near city, artistic and creative nature of rock garden, beauty of pinjore garden, and successful JFM activities of Sukhomajri village were really knowledgeable and precious to forget. We hope for such tour in near future too.